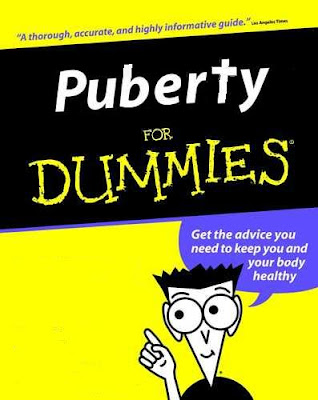 This is another one of those blog posts that requires a warning right up front: If you're one of those wussy men who can't handle the words "puberty" or "period" without having blood trickle from your ears or running away screaming, you should probably move along.

Of course, I've already said the words, I'm sure they're already fled the room.

I recently got an unexpected phone call from my very first ever boyfriend from the summer between 7th and 8th grades. It was really sweet and we laughed a lot remembering the past and catching up on the present, our kids, jobs, etc. Since we hung up, I've been mentally going back to that period (the other use for word, fellows) remembering every little thing or other. A lot of my childhood is a blur because we moved around so much. But that period (again, you're safe) when we lived in Middle-of-Nowhere, Nevada is pretty firmly fixed in my gray matter. Why? Puberty.

Here's where it starts getting ugly.

We moved to Nevada shortly after I began 6th grade. I was maybe 11 and a month. Something about the sagebrush and slots affected my hormones and puberty hit me like a ton of bricks, all in one afternoon. I'd already developed quite a bit in 5th grade, much to my horror. How do I remember it was in 5th grade? Oh, when your evil ex-nun school teacher loudly announces in the middle of your co-ed game of hopscotch "Suzanne, tell your mother that Miss Harris says it's time you start wearing a bra to school" you kind of remember that day. She'd be about 65 now, unless one of her former students has murdered her.

My family wasn't exactly the "let's talk about the facts of life" set, so when I was sitting in class that one November afternoon in 6th grade, my barely 11-year-old body doubled over in agony, the school nurse called my father and told him to pick me up: "She may have appendicitis." After lying down at home with a heating pad for two hours, it was suddenly well evident that I did indeed NOT have appendicitis. I was mortified. My mother was thrilled. I was a woman. "Let's call Grandma and tell her!"

*Now, I should explain a little something here. We were living in the outskirts of Reno, and Grandma, Grandpa and every other person we knew was back in Philadelphia. And we were living on a religious commune to boot. So there was a lot of praying over me during those 2 hours before the medical truth was revealed. Zealots lose their interest once they see you're not dying ~ just on the rag. (How many of you did I lose with that one?)*

So for some bizarre reason, I complied and called my grandmother back in Philadelphia and told her the "good" news. "Grandma...Mom wanted me to call you and tell you I just got my first period." I'll never forget her response. It was classic Grandma H. "That's WONDERFUL dear! Now, you don't have to tell me every month. This one should cover it."

So there you've got the background. Puberty hit me like a ton of bricks, all in one week. By that Friday, I think I had to start shaving my legs. Within a month, I was in an underwire. So by the time I hit 7th grade, let's just say I stood out even more from the other girls. My school picture is downright comical. Sitting behind an old fashioned desk, flag by my side, fake bookcase backdrop behind me...and all you really notice is a huge set of breasts on a mortified 12 year old girl. I out-racked some of the teachers. There was only one other kid in the entire school who'd been hit as hard and as early as I. He was in 8th grade, and had a full mustache. It was inevitable that we'd connect. And that summer we were inseparable.

I don't know what his folks had told or taught him about sex. I know my "knowledge" at that point was mostly that it would send me to hell. So there was a lot of innocent exploring and not-so-innocent "Oh, so that's what that does!" results that summer. Relax...we never did "anything" major really, but I did go farther with G. than I did with most boys in high school...And this is today's lesson folks: If all you tell your kids about sex is that it's wrong, hoping to curb their interest, well you'll get the opposite results. Guaranteed.

Half my friends have kids my older son's age, and we're all in the opposite end of the puberty boat now. Dealing with THEM dealing with puberty. Some of our kids have long crossed that bridge. One of my son's classmates has a mustache and sounds like Barry White. And others are years away. But we parents are all at the point where we've got to decide how far to take "the talk" (if we haven't already had it). I'm not saying we should start running out and stocking up on condoms and talking about the pill. But we can't be ostriches burying our heads in the sand and hoping they'll figure out their burgeoning bodies and urges on their own. No way in hell am I going to be a "Grandma" in my 40s. (Not thrilled about the prospect in my 50s either...or just the prospect of my 50s quite frankly).

Sex is awesome. It's right up there with Reese's Peanut Butter Cups. And kids aren't stupid. All it takes is the first kid who's rounded the bases to tell all the others...and we're toast. I just hope that I'm being a good enough coach during spring training that my kid takes his sweet time and doesn't attempt to bat until he's completely ready to handle the outcome of the game.

Chuck Mangione's "Feels So Good"...first concert/date I went to that summer.
Posted by Suzanne at 8:16 AM No comments:

Back to the Future? 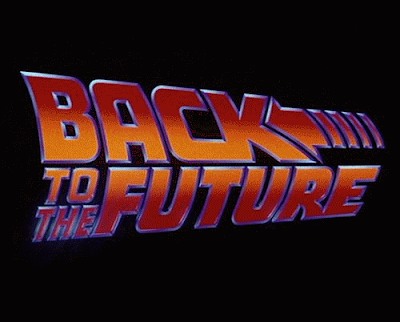 This week, one Stanley has decided to leap into the future and another is diving into the past. Let me elucidate...

When I was a communications major at Temple University, one of my journalism professors (who I happened to have a crush on...but I digress) was also an editor at my local daily newspaper. He got me a job in the summer of 1990 as a freelance writer, or "stringer." Being an overeager journalist-in-the-making, I took whatever assignment they'd throw my way, even if it meant working every weekend. Which it did. Being a small paper, many times I was the only person in the newsroom during my shift. One afternoon, a staff photographer I'd never met came into the newsroom, told me his car battery was dead and asked if I could give him a jump start. I didn't have cables...but I did end up jumping him several months later. Or he ended up jumping me, depending on whose side of the story you believe. One thing lead to another, and 20 years later we've got two kids, a mortgage and 9-year-old car with the "check engine" light constantly on.

While I left the paper eons ago, he's been working there in various capacities for 22 years. Until now.

Early this week, my husband was offered a job with the newspaper's parent company and will be leaving The Reporter's newsroom. He's worked there longer than it takes a person to be born, educated and become of legal drinking age. For the first time since 1988, there won't be a Stanley working at the local paper.

On the same day corporate offered him his new position, the paper's editor asked me if I'd be willing to come back part-time for a little while and help out while an employee was on disability. With Christmas right around the corner, and Apple products on someone's wishlist, I naturally agreed. So as my husband is packing up his desk of 22 years, I'll be sitting down to do the exact same job I left 15 years ago. Walking into that newsroom, with a new computer system I've never used, is going to be like 1990 all over again. Except this time I'm not the fresh-faced 20-something in a room full of seasoned staffers...I'm a good decade-plus older than most of their current writers. God, that's depressing.

All this got me thinking about how much all the little things have changed since 1990, and whether I'd pick the current over the past.

Lansdale itself looks extremely different. The elaborate and ornate Hotel Tremont that once welcomed folks into town and dominated Broad and Main for more than 100 years was razed to make way for our new centerpiece, a butt-ugly Rite Aid. Welcome to Lansdale ~ you want child-proof caps? Other landmarks are gone. Restaurants have opened, closed, reopened, reclosed and then become credit unions. "I Got It At Gary's" became Vidilia, Vidalia became Food Town. Parking meters cropped up like Main Street weeds. But a farmer's market, Oktoberfest and killer pub compensate, somewhat. Still, I think I'd take 1990 Lansdale's backdrop. Today, we just look like every other pharmacy-riddled Philly burb.

I myself look pretty different. 1990 Suzanne had really really long, thick, awesome hair. 2010 Suze has the post-kids, thinner, shoulder-length "mommy" thing going on. Too old for the "Grab my ponytail and drag me to your cave, Thag!" look. 1990 Suzanne was also 80 pounds heavier than 2010 Suze, however. So go ahead, keep the hair 1990. Reading glasses, blood pressure medicine and the one varicose vein aside, I think I actually prefer 2010 Suze. She's more interesting and seasoned than 1990 Suzanne. She's got a killer tattoo. And a secret wild side that only a lucky (?) few know about. When she's not depressed or dieting, she can rock.

That photographer I told you about? Well, the jerk looks almost exactly the same in 2010 as he did in 1990. (We've been together 20 years, so I can use the term "jerk" as an expression of affection.) Despite the fact that he has WAY more gray hairs than me (I have five. I counted), as I'm getting the insultingly polite "Ma'am" on occasion, HE still gets carded on occasion at the state store. On one photo assignment not too long ago, someone actually asked him what school newspaper he worked for. Obviously, they were drunk and/or myopic.

I may have rambled a bit, as people of my advanced age sometimes tend to do. I'm not even sure what the original point of this belated blog was, but I'm going with this: Times change, and like it or not, you've gotta roll with 'em. Hopefully that means taking a giant, risky leap forward. Sometimes it means taking a necessary, temporary step backward. Buildings, jobs, pounds and hairlines come and go, but what keeps us young is the company and attitudes we keep. There you go. I think.

By the way, I'm only 37 and will deny any age to the contrary.

And if you happen to see a reprinting of this blog entry in a future issue of "Cooks Source" magazine...please let me know.
Posted by Suzanne at 2:21 PM No comments: