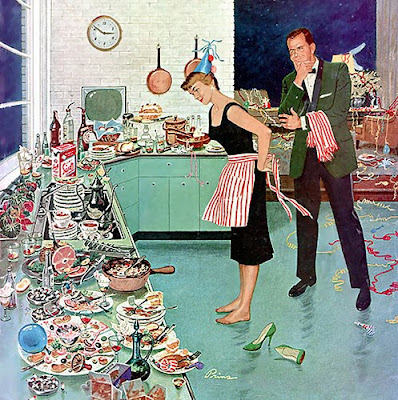 I have a dear friend named Christina, a kindred spirit whom I’ve never actually met. She recently turned 30 and I’ve sometimes made fun of her for becoming overly reflective and worried about her life’s direction so early. And I really shouldn’t have. It’s never too early to reflect. Never too early to start sorting through your life. Whenever you’re facing transition, whether it’s a milestone age, a career change or some personal drama…it’s never too early to want to do something about it and think about where you’ve been and where you’re going. Sorry Christina. Keep on thinking and doing something about it. And let me know if you need a fondue set.
Posted by Suzanne at 11:23 AM 2 comments:


Feel free to add your own below. 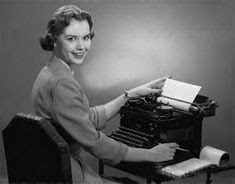 I love writing.
I’ve wanted to be a writer since the 8th grade, when my jackass teacher refused to submit a short story I’d written to a contest, saying: “This must have been plagiarized from somewhere. You’re too young to write about an alcoholic matador so realistically.” What can I say? I had a vivid imagination and a decent vocabulary at 13. And a thing for drunken bullfighters apparently.

There’s just something about being able to combine words in such a fashion that you tell a story in a way someone else can’t. In a way that makes someone want to keep reading, and then talk about it after. I don’t care what the format is, I just love the process and the outcome. Even if it’s only 140 characters at a time.

The point of this entry? Well, like “minstrel” and “Sapphic” (great word, made two people run to look it up so far), I let my love of writing sit on a shelf too long. I’ve know for close to 30 years that it’s what I was meant to do. And I got paid to do it for a while, but then stopped. Now that I’ve recommitted to it wholeheartedly, I sometimes worry that it’s too late. It’s hard to compete with kids 20 years younger in any field, let alone a creative one. But I’m busting a hump (not every turn of phrase has to be poetic) to make things happen.

I see both of my sons developing talents very early, things that I can see them doing as a profession. My 13-year-old spends hours drawing everything from Fenway to a portrait of his brother. I can totally see him becoming an artist or an architect. And I can see his 7-year-old brother becoming the President of the United States...or a highly successful used car salesman…or both. One’s an illustrator, the other an orator. I just hope that when the time comes for them to decide which paths to take, that I remember my floundering years and don’t try and make them pick something “safe” instead, like I did for a while. I’d like to think that I’d encourage them to go with their gifts rather than the safe road. Because I would love to see Evan design a building one day. And I would love to see Ben get Congress to make gay marriage legal in every state. Or at least get me a really good deal on a previously owned BMW.