Time to Bleach the Little White Ones

Tonight I sat across the table from my sons at a chain steakhouse where you throw peanuts on the floor and the waiters break out into line dancing every half-hour. As I was looking at my first grader's toothless smile, I suddenly remembered a flood of bull I had been fed when I was his age. Mind you, I still feed the bull myself. I've got a stash of Easter basket goodies waiting in the closet, and I slip crisp dollar bills under pillows when teeth fall out (although having a 13-year-old roll over at 1 a.m., catch me in the act and saying “Thanks, Mom” kind of takes the wind out of your sails). I may go along with some of the same lines I was fed as a kid. But tonight I feel the need to break some rules and set some records straight. Don't worry, I'm not going to throw the Bunny, the Fairy and the bulemic man in red under the bus. But a few “truths” I was told as a child definitely should be flattened and treadmarked. Such as:

Eat your crust, it will make your hair nice and curly.
You know, I fell for this for years. Until it dawned on me that the grandmother spewing it got her hair permed every few months. Those curls were chemical, not crustical. Despite years of crusts, my hair is still brookstick straight. Only now it's also thinning and I'm bread intolerant. Thanks, Grandma. Thanks a lot.

Never EVER talk to strangers.
Unless, of course, you go into journalism, marketing or PR. Then go after them with a vengeance. Seek out strangers. Grab them on the street. Ask for their emails, Twitter names, Facebook accounts, Linked In connections... The more strangers you talk to the better.

It's what's on the inside that counts.
Yes, that's true...IF everyone you know is deep and thoughtful. But line up any company's top sales reps and I guarantee the hotties made more this year. And forget about dating in any major city if you're not a size 2 and either blond or 26. So put down the fork and hit the gym, and crawl into bed at night trying to NOT think about how old you are. (Where's my corkscrew?)

Women are just as good as men.
COMPLETELY true. In fact, it's most often an understatement! We just happen to get paid less and are expected to do twice as much for the privilege.

Clear your plate, it'll help the starving children in China.
Now, what one thing had to do with the other still perplexes me. Why would my eating overboiled French-cut green beans and well-done lamb help the impoverished youth of Asia? And would they even want this stuff? I mean, those beans literally pushed the definition of a “solid” to its limits. So you can blame my weight problem on my misguided youthful attempt at making the world a better place.

You'll go blind doing that!
Nonsense. It's perfect natural. Now, where are my reading glasses?

Dumb Ass Moves
No matter how smart we may be, how many degrees we may hold, or how many years of experience we have under our belts, we've all made a few dumbass moves. I, for one, have made more than my fair share. As a girl, covering my father's eyes and playing hide and seek while he was driving would qualify as a dumbass move. Trying to “double process” dye myself into a platinum blond in the mid-80s, only to end up with green hair, a mortifying public bus ride to the nearby mall, a $100 repair due, and being a brassy blonde for a year would qualify as a dumbass move. Leaving a Venice (Italy, not Cali) nightclub at 1 AM with three other 20-somethings and accidentally ending up in an alley where a guy was waiting to cut off our purses...dumbass move. Doing almost the same exact same thing two years later? Priceless dumbass move. But these pale in comparison to some dumbass moves I've seen this week. Let me elucidate. 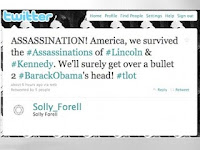 These Mensa members were all over Twitter during the health care reform debate, literally calling for the execution of the president of the United States. Graphically. And repeatedly. Of course those on Twitter who had advanced beyond the stem cell stage started calling them on it. At first they steadfastly demanded bullets to the brain. Then their little tiny 4 watt lightbulbs above their heads went off and they started to backpedal. TLTL guys. Secret Service came acallin'. Hope you ain't purdy boys. Don't drop the soap. Dumbasses. 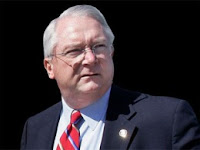 Neugebauer apparently is a graduate of the Joe Wilson Charm Schnool. You remember former Congressional Dumbass of the Week Republican Rep. Joe Wilson. Mr.“You Lie!” from Obama's September congressional address? Well, Neugebauer decided to kick it up a notch. Screaming out “Baby Killer!” at anti-abortion Democrat Rep. Bart Stupak during Stupak's speech on Sunday night supporting the newly passed health care bill. Once busted (sure, he “confessed” the next day, but he'd have been busted soon enough), Neugebauer, like his tweeting compatriots, backpedaled a bit by saying that for some bizarre reason, no one in America heard the “It's a...” before the “baby killer!” The poor mook wasn't screaming out a personal attack on a fellow member of congress, he was merely venting at the actual bill. Bullshit! Oh, I'm sorry. You mean you didn't hear the “I can't believe you think we're falling for your load of....” that preceded “Bullshit”? Dumbass. 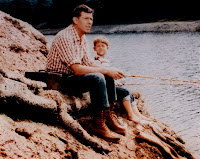 Opie is a young lad, but not that young. Old enough to dive. Old enough to vote or enlist. Maybe even old enough to drink. And definitely old enough to know better. Opie signed on as an intern at a company I know, to earn credits toward graduation. Opie started off decently enough. Put in a really good hour's work. Showed up at an event, stayed a while, then hit his internship sponsors up for some dough. Then poof...like the fluff on an October dandelion...Opie was gone. Oh, they called Opie. But Opie didn't call back. They emailed Opie, but he must have been at the fishin' hole with Pa. And no one thought of Opie ever again. Until Opie got in touch this week asking his sponsor to fill out a form saying he'd logged one hundred interning hours. Opie, as it turns out has some major cojones. Beyond balls of steel. We're talking titanium testicles. But, so does Opie's sponsor. Our Opie will be retaking his internship course. Elsewhere. Dumbass.

And maybe this whacked out song selection was a dumbass move. But until Latch Key Kid learns how to whistle the theme to Andy Griffith, you take what you can get. 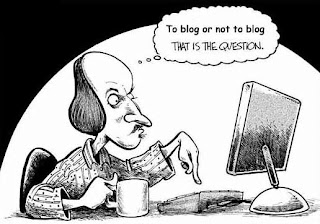 I've been going blind typing day after day on my minuscule netbook, working on press releases, freelance projects and pitch deadlines, and trying to come up with a blog entry. Just when I was about to give up and maybe chuck the entire blog concept, I find this news item online:
According to Deadline.com, Columbia Pictures which released Julie & Julia to a $94 million domestic box office (on a $40 million budget) has optioned the rights the Ree Drummond's life Who in blazes is Ree Drummond? A blogger. Just a city gal who met and married a cowboy, raised and home schooled a gaggle of gigglers and decided to create a blog and then wrote a cookbook. Reese Witherspoon is signed on to play the blogger.

So today I'll blog about blogging. And microblogging.

What's "microblogging"? Basically, a twenty-five cent word for Twitter. "Surely nothing good can come from Twitter," you say. Well I'm sure Justin Halpern would beg to differ. Who in blazes is Justin Halpern (are you detecting a theme yet?)? Just an under-30 who moved back in with his folks and started tweeting little ditties his septuagenarian father would spout. Little nuggets of wisdom like: "A parent's only as good as their dumbest kid. If one wins a Nobel Prize but the other gets robbed by a hooker, you failed" or "The dog is an outside dog. You want an inside dog, you go get your own inside." A few hundred F-bombs and over a million followers later, our young Mr. Halpern has a book deal and a CBS comedy in the works based on his 140-character-limit Dadisms. Of course, CBS will have to come up with a title to replace Halpern's Twitter name @ShitMyDadSays.

Now granted, Ree Drummond and Justin Halpern may be exceptions to the mostly mediocre bloggers and microbloggers out there. Most microblogs are muddled with mundane nonsense about what people are wearing, eating, drinking, watching or just did to other people in bed. And there's more about Justin Bieber than should be legally allowed. Who is blazes is Justin Bieber? (No, really, I'm asking). But there are treasures to be found...little snippets of comedic/political/satirical genius waiting to be read. Maybe you can add to them. If done right, microblogging is a great exercise in creativity and self-editing. There may not be millions of dollars in your future from it, but there may actually be job opportunities or new friends. I've found both. And a couple of lunatics, but I digress...

Same can be said for blogs. If you've got something to say about something you think people will want to read, then go for it and try your had at blogging. Even if it's just pictures. Whatever you need to get out, there's someone out there who will read it. Or if you just want to get glimpses into other people's minds, try reading other people's blogs for a while. Whatever you may be into, I guarantee there's a like-minded person blogging about it right now and you're missing something good by not looking for it. A caveat: Yes, we bloggers can also write a bunch of crap. Sometimes things seem interesting or funny in our heads but just don't translate in print. That's why I chose to not blog about this huge wart on my ring finger that's starting to look like an undeveloped twin. It just isn't that funny in print.

The photo itinerary of my week. Set to the theme song of my week, "Streets of Gold" by Latch Key Kid...except for the lyrics about ending up a hooker. Only "everything" I'll be selling is scripts. (Unless I run out of cash by Wednesday, in which case I can be found at the Hollywood Motel 6 on Whitley Ave. between 9-midnight. Just slip the desk clerk a ten and ask for "Brandee.") 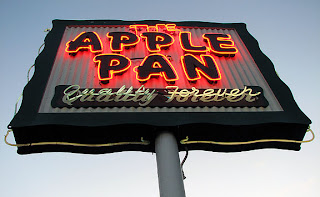 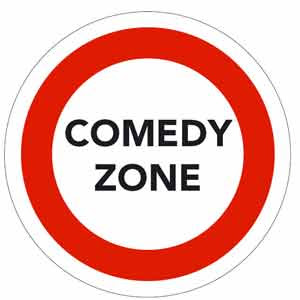 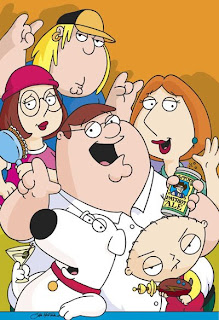 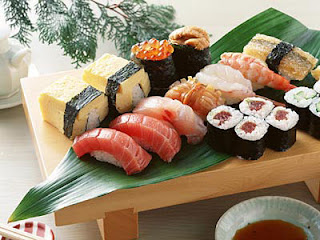 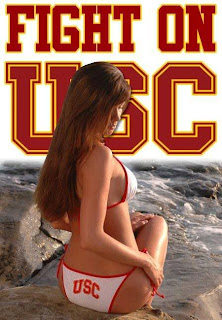 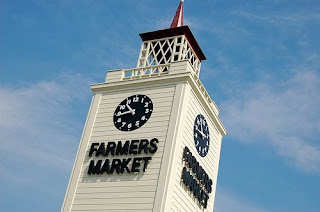 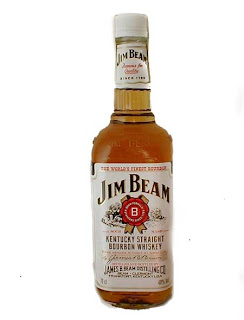 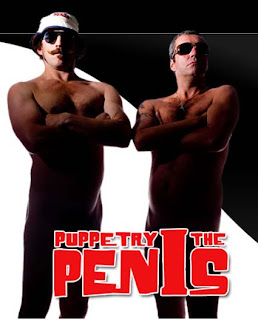 Yes, I'm aware the "Puppetry of the Penis" picture is exceptionally large. "Wishful blogging." And no, they don't allow flash photography. It makes them recoil like frightened turtles.

Posted by Suzanne at 4:19 PM No comments: