Welcome to Cold and Flu Season. If you should see me about town, avoid me like the plague. Oh, I’m perfectly healthy. But I work in a pre-K Petri dish. Sixteen kids in my class, and five called out sick today. Out of the remaining eleven, seven kept coughing and several were warm and/or sleepy. Which brings me to ask:

WHAT IS WRONG WITH PEOPLE?

Sure, it’s nice to have three hours to yourself in the morning. I live for Fridays when I get the same. But come on! Surely you noticed the green mucus oozing from junior’s nose before you dropped him off and ran for the mall! It’s nice that some of you are teaching your tubercled tots to hack up into their elbows on occasion. But then stuffing snotty Kleenex into the play kitchen’s oven kind of undoes the deed.

Enough said. Hopefully people will get the hint. But I doubt it. So tomorrow, I invest sixteen of the world’s largest hamster balls. Gazundheit! 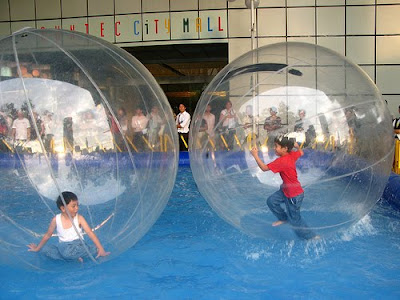 Soooooo true and hilarious!!!! Tell it like it is girlfriend!! You crack me up! You're better off investing in just 1 hamster ball and cover your own ass....because you and I both know that people are bat sh** crazy and that will never change! Perfect song too!! Love ya!