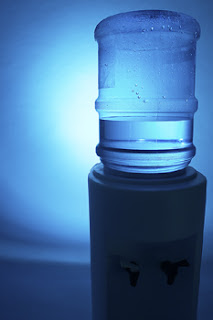 Through the miracle of social networking, I have discovered that I can actually NOT watch top television shows and STILL manage to know what the hell is going on in the world of pop culture.
Case Study #1 MTV's "Jersey Shore" and Facebook
I have never seen a single episode of MTV's "Jersey Shore." When I first read my brother's Facebook update about it, I was mostly surprised to read that MTV was even still on the air. As someone who loves going to Ocean Grove (one town south of Springsteen's Asbury Park) during the summer, the thought of a program about the shore sounded intriguing. But after reading myriad FB updates about the show, I quickly realized that even though they share a state and a coastline, the charming, dry town of Ocean Grove is not the SAME Jersey Shore as the one on MTV. My one-square-mile gay-friendly haven of Victorian houses and wandering geriatric Methodists would probably make The Situation turn on his heel and run. But the point of this blog is that I actually even know the name "The Situation," (who I am assuming is an enormously pompous ass). Despite never seeing the show, I know all about the Prince Albert (Google it people), big hair, Snookie, ab posing and hook ups. I'm sure once their 45 minutes of fame are over (I'm tripling Warhol's estimate), years from now J-Woww will one day proudly show her grandchildren Nana Gram-Woww's reel.

At this very moment, the Golden Globes award show is being telecast. I'm not watching it. I'm upstairs sitting at my computer writing. But I have "Tweetdeck" open. Every time someone I follow on Twitter writes (tweets) something, there is literally a "ping" noise and their tweet appears in a box in the corner of my laptop's screen. Apparently EVERYONE I follow is watching the Golden Globes. Let me tell you what I know, despite not seeing a single moment for myself. Ricky Gervais had one of his penises removed, Sandra Bullock is covering a very expensive gown with what appears to be a felt Christmas tree skirt. CGI movies about blue aliens are apparently more important than those about war atrocities. Jennifer Aniston and Halle Berry make 40+ look kick-ass. Pixar is an award hog. Sophia Loren looks like Sarah Palin's grandmother. Diablo Cody may or may not be there, either smelling bad and eating bread or at home eating nachos (depending on who you believe). Jeff Bridges makes women from Texas hot. Quentin Tarantino needs to lay off the carbs. James Cameron and Mel Gibson share the same mailman. Women from Texas like to retweet men from Los Angeles too much. Scorsese is...short. And I apparently really need to start watching "Glee."

So there you have it. Turn off your televisions America (except for the 3/4 of Fox animation produced by my friend K-Poww). All you need to know about what's on TV can be found on Facebook or Twitter, the modern-day, live-time water coolers of American pop culture. I'm sorry, I've got to run. My fellow Guidette E-Pop is IMing me on FB asking if I'd like to come over for a Jersey Shore drinking . Fo Shizzle! S-Train is signing out!