I've been incredibly busy all week and developed a terrible case of blogger backup. But I just had an entire pot of Starbucks coffee and I have the iTunes playlist blaring, so I’m ready to unload. Clear your calendar, this one will take a few minutes to read. I've blogged about this journey of self-discovery and second-half re-creation I've been on before, and I'm not going to bore you with it again. Instead, I'm going to bore you with something completely different! And I will try to be funny whenever I can. But I’m trying to make you think on this wintery Friday, not just laugh this time around.

I'm completely clueless as to the identity of the vast majority of the people who read my blog. But I can tell from the live feed who some of you are. If you're from Canada, chances are I went to high school with you in San Francisco. If you're from the Philly area, our kids go to school together or you work with one of us. If you're from London, I probably met you through Twitter and my toast owes you a debt of gratitude every morning. If you're from Texas, I'm sorry. And if you're from LosAngeles/Beverly Hills/Glendale/Encinitas, well then you're one of the coolest people I know. This blog isn't about you. It's about the rest of us. You SoCal people can go about your business: eating superior sushi; retracing the footsteps of the cast of 90210 until old coots yell "get the hell off my lawn!"; trying to write songs, record songs, sell songs; cracking white-collar crime; being fabulously Cali. Bastards.

FOOD: PUT DOWN THE FORK. PICK UP SOME CHOPSTICKS!
Stop thinking everything you've never tried before is still not worth trying. Do you seriously want to turn 40 or 50...or 60 (!) having never tried something new? Sushi. It's raw fish. Get the hell over it. It's the greatest food ever created and if you turn your nose up at it without trying it you're an idiot and I won't buy your daughter's Girl Scout cookies. There is more to “Asian food” than sweet-and-sour pork (which has about as much of a Chinese pedigree as Tiger Woods). Thai, Vietnamese, Korean, Cambodian... For God's sake step away from menu you found tucked into your screen door and try something different! Just once ~ that's all I'm asking. You don't have to dive straight into the Monk Fish Liver or Spicy Raw Crab. Work your way up to it. (And once you do, be discreet if you spit it into your napkin when no one's looking). 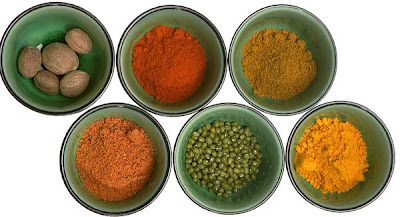 Indian food: Greatest stuff on earth. One billion Indians can’t be wrong. Stop thinking it all tastes the same. People have a false preconception when they hear the word "curry." But Indian food can be as delicate or as kick-ass as you want it to be. Ordering Indian is like picking out a date online during a convention in Vegas. You can request something pleasant and mild that you'll forget about an hour after you're done; or you can go a little crazy and order something incredibly spicy that you'll still be feeling the effects of the next morning. It's your call. Just make the call. Even if you still just can't bring yourself to go push your palate to its limits, consider bumping up what you do like a notch ~ or five. There's more to Italian than pasta. More to German than brats. More to French than fries. We're getting old people! It's time to start shaking things up a bit at meal time, before the only choices we're allowed to make are between tapioca or gelatin for dessert in the nursing home.


FRIENDS: MAKE SOME MORE!
This is a special subject for me. I grew up being bounced around all over the country. It s.u.c.k.e.d. I would make friends, then say goodbye and never see them again. I was always the NKOTB. The only advantage in life that it gave me was that it forced me to become outgoing. Forced me to try and connect with people quickly. I have a lot of friends, very good friends, but absolutely NONE from childhood. I'm completely envious of those of you who do. But aside from those childhood playmates, most of the people we call "friends" as adults are people we met through certain circumstances. People we met through work. Through our spouse. Through our kids. Sometimes the friendships become life-long and deep. But sometimes...if you take away the common factor...the spouse, the job, the child...you're left sitting across the table from a person you realize you have absolutely nothing else in common with. And sometimes that's OK. But sometimes you crave more: friendships that are based on things you care deeply about. Things that have absolutely nothing to do with your husband, your kids, your job...just things that define "you." It's time to start making some of those friends folks. Because if you're married with kids and working...eventually you're going to be an empty nester. And those kid-centric friends will fall by the wayside. Eventually you'll get laid off or retire, and those job-centric friends will slough off. And face it. Eventually you'll become divorced or widowed and spouse-centric friends will be too uncomfortable around you (or you'll lose them in the settlement). What you have left is the friends you've made based on YOU. Your own personal interests and fascinations. Start making them now, if you haven't already. 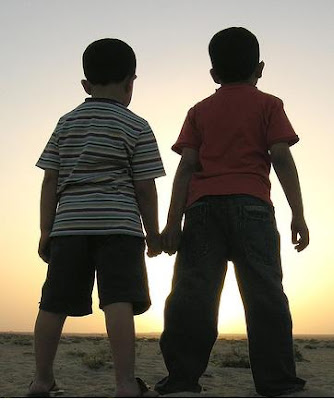 I love my kid-based friends. My couple-based friends. My work friends. But I am truly reveling in the new friendships I have made over the past year that are based on absolutely none of the above. These are people I can confide in without worry. People who may not actually be able to stand each other if they ever met, but each is deeply connected with at least one thing that defines me: writing...humor...music… They're men, women, gay, straight, white, black, 26, 46...they're just tied into some part of "me." So get OUT there. PUT yourselves out there. I don't care if you're 14 or 44. It's hard to make yourself vulnerable and seek out friendship. But if you do, and you find it, it's so damned worth it in the end.

MUSIC: TUNE IN!
I can hear the sighs. "Here she goes." Yes, here I go. Like I said, aside from the few high school and one middle school ( hey Gene ;-) ) friends I’ve reconnected with this past year, none of you know what I was like as a teenager. Well let me fill you in. I was a music fiend. Permanent ear-phone dents in my Farrah wings. It was my obsession and I dove deep into it and anyone who had anything to do with it. I babysat for a Doobie Brother. I exchanged letters with another for more than a decade. Just an innocent and frequent correspondence about our shared love. He and his wife introduced me to Carlos Santana ~ not the album, the man. When I lived in London, I “discovered” musicians that became worldwide sensations more than a year after I got back. But I heard ‘em first. Then came college. Work. Marriage. Kids. And Barney’s “Clean Up, Clean Up” song replaced Depeche Mode in my internal MP3 player. But I’ve come out of my coma at last. Thanks to friends and friends-of-friends and brothers-of-friends I’ve “discovered” some really great music over the past year and have become involved in the business side of it. I want you to take a listen to some of it.

Glasvegas: A friend’s brother got him hooked on it, and he passed it on to me as quick as a case of mono. They’re a Scottish alt rock group with a killer female drummer. They’re the Glasgow version of Ireland’s U2, before they became shills for iPod. Their sound is amazing, their lyrics profound. You may have a hard time making some of them out through the thick Scottish brogue of lead singer James Allen, but once you do you’ll be blown away. Check out this video (turn off playlist to the left) for their song “Flowers and Football Tops.” Then check out the horrific story it was written about. ( http://en.wikipedia.org/wiki/Murder_of_Kriss_Donald ) I defy you not to be moved.

Trenchtown : A Detroit punk band transplanted to the shores of Hermosa Beach, near LA. Hard rockers carving their niche in the SoCal music scene. Discovered them through a friend of a friend and got instantly hooked and haven’t been able to stop listening (this is why I never tried coke whenever it was offered…I know my weaknesses). Their song “Unpaid Holiday” just played on the playlist. Play it again. Then check out more of their stuff at www.trenchtownmusic.com or in person if you’re one my SoCal friends. They play at Hermosa Beach’s Lighthouse Café Friday evenings.

Latch Key Kid : Gavin Heaney. Unless this if your first time on this blog, you’ve heard him, and of him. He’s been a real catalyst to this musical epiphany. I wouldn’t have heard of Trenchtown if they hadn’t “followed” our friend Chelsea on Twitter. I would never have learned about Glasvegas if Gavin hadn’t introduced me to my friend Evan. Gavin has no clue how many changes in my life that he’s had a hand in. How many different paths he’s unknowingly lead me down. Love the guy like a brother; a brother who really needs a haircut and owes me many a Beam. If you are here for the first time, you can hear him somewhere on that playlist of mine. Or at www.latchkeykid.org. Or at The Mint in LA tomorrow night. 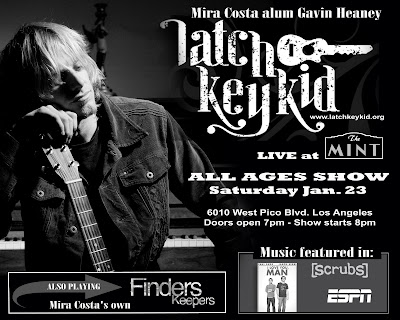 OK, my job is done. No more preaching to the people about masala, mates and music. Take from it what you may. Just open yourselves up your mouths, your hearts and your ears to SOMETHING new. Don’t discount ANYTHING. We don’t let our kids push away new things without at least making them TRY them, yet we do it ourselves all the time. It’s time for the grown ups to grow up…just a little more.
Posted by Suzanne at 11:00 AM

I recently came across your blog and have been reading along. I thought I would leave my first comment. I don't know what to say except that I have enjoyed reading. Nice blog. I will keep visiting this blog very often.

Lucy, that made my week! Thank you!

Hey Suze! I LOVE sushi and Indian food. I love Depeche mode....they were always playing on my walkman, along with Tears For Fears...and now reside on my ipod. I will be your friend forever....cause you crack me up and aren't afraid to speak your mind...much like myself. Music inspires me! I wish I could have had Farrah's feathers...but, thanks to mom and dad, was blessed with an out of control jewfro (no offense to any fellow jews....just the facts!) So, now the REAL question I have for you is.....wanna but some Girlscout cookis from Hannah?! lmao!

If you can be at my house within the next 20 minutes with a box of those peanut butter shortbread things that are dipped into chocolate, then the answer is yes. 21 minutes from now I'll be over it.