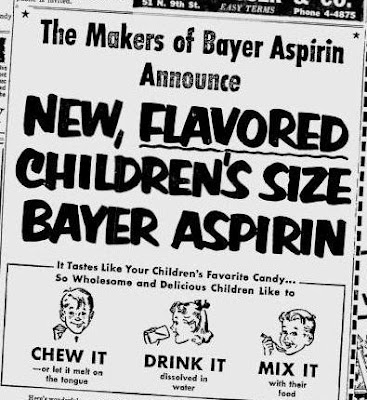 Between working two jobs and various volunteer work, I’ve had very little time to write for pleasure. I was lamenting this fact recently to a friend, who then replied that he had the perfect topic of my next blog entry. He sent me the following news story.
McDonald’s recalled 12 million "Shrek Forever After 3D" drinking glasses because they’re tainted with cadmium, a heavy metal that when ingested can be dangerous. When I reminded my friend that mine is a humor blog, and heavy metal poisoning ain’t exactly funny, he simply said, “Spin it.”

Well, the level of cadmium in the cartoon characters on the exterior of McDonald’s glasses is not toxic. In fact, unless your kid has a habit of obsessively licking the outside of their drinkware, these glasses would cause no harm. And McDonald’s should be credited for swiftly recalling them as soon as they learned of the contamination. Well done. But, McDonalds, if you really have the America's best interest at heart, try recalling the 800-calorie “Angus Bacon & Cheese” burger. (Of course, just typing that sentence made me want one. Damned diet.)

You can look at this story as a reason to be furious at a corporation, or as a reason to admire it. Yeah, some underlings were pretty sloppy in their testing before these things went out. But then again, the company could have dragged their feet for months or even fought a recall, and they didn’t. This story is all so “small potatoes” compared to the environmental disaster in the gulf that I think it’s only worthy of a shoulder shrug, and not the hysterics I’ve heard some moms devoting it. If you really want to fret over children being exposed to danger, think back your own, or your parents’, childhoods for a moment.

I remember taking a nap on the backseat of our car before seat belts were mandatory and getting thrown the floor when a car cut us off. Before safety locks on back doors were available, my younger brother once opened the car door while it was moving and hung onto the handle as his legs dangled out. Of course this was the same kid who climbed over the front seat, put the parked car in gear and drove down a hill at age 5. And had to go to the emergency room after lodging peas up his nose. Not a bright child, although he never washed his hands in the toilet as far as I recall.

I remember unzipping my beanbag chair so I could hide the diary professing my love for Donny Osmond amid the billions of pellets, and more than once inhaling a few dozen of the most-likely toxic microballs. I remember playing hide and seek in the trunk of a car and falling asleep. Before mandatory car seats, my kid brother and sister would both sit on my father’s lap while he was driving and help him steer the car. They also ate entire Play-Doh meals and cut off each other’s bangs with scissors they’d found lying around. The fact that the four of us made it to adulthood is impressive. Wait...Now that I think about it, going back a generation (long before safety caps and shrink-wrapped boxes), my mother once ate an entire bottle of candy-flavored aspirin. And my father wandered onto a San Diego highway when he was two to play in a cardboard box. How the #$%@ were the four of us ever even born?!

But I’ve digressed. I've "spinned" out of control my friend. But at least I'm blog-unclogged.