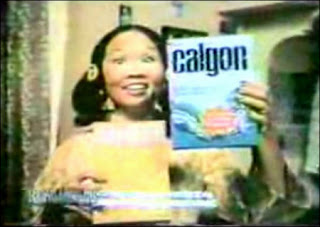 Today I did the rarest of things for adult: I took a nap.

A medication I’m on is causing a dry cough that keeps me (and my husband) up half the night. Last night was so bad I think I slept a total of three hours, in 20 minute segments, between the coughing spells. I was so tired this morning as I readied for work that I didn’t notice until I started to get dressed that I had forgotten to rinse the shampoo out of my hair while I showered. So tired I spent five minutes looking for my reading glasses, which I had been wearing like a headband upon my freshly rinsed hair. So tired I had to drive back home when I was but blocks from the office, because I had forgotten my cell phone and my lozenges (which have left a permanent yellow spot in the center of my tongue from two weeks’ worth of sucking).

So as soon as I finished this morning’s work at the office, I had to lie down for a couple of hours before exhaustion made me iron the rabbit and put the laundry back in its cage. My husband gave his blessing (why do adults feel the need to ask permission to nap?), and I headed upstairs while he de-Christmased the rest of the house. Although I coughed half the time, I did manage to catch 34 ½ glorious winks…until the tornado blew in at exactly 4:01 p.m.

All that took 2.3 seconds to come out of mouths as they speed yelled in unison. By the time I descended the stairs literally one minute later, it looked like a bomb went off in the coat closet of my husband’s freshly cleaned living room. Coats, shoes, backpacks, lunchboxes, socks, THEIR JEANS…were all strew about the floor. Son #2 was hopping about yelling that his new pants had given him a rash on his thighs and he needed “itch goo.” Son #1 was yelling at Son #2 to put on some pants and that the “itch goo” (which by the way is prescription hydrocortisone…should you be wondering) was HIS and telling me he now refuses to use it on his neck if I allow Son #2 to put it anywhere near “his thing.” I may be dating myself with this reference, but this is the exact moment when I want to look into the imaginary camera that films every moment of my life and say, “Calgon, take me away!”

It’s not Calgon, but a large mug of “dreg” (reheated coffee from this morning’s pot….we’re out of wine) took the edge off just long enough for me to slather second grade thighs, pour drinks, dole out cookies (NEVER let them get their own), rinse out lunch boxes and point to the pile of outerwear in my trademarked “move it or lose it” gesture.

Once Son #1 and Son #2 were sated, settled and sitting on the sofa sipping soda (Can you say ‘alliteration’? I knew you could) I was able to look at them and remember why it was I wanted kids in the first place. But from 4:01 p.m. to 4:08 p.m., I had been cursing myself for not opting to raise cats.