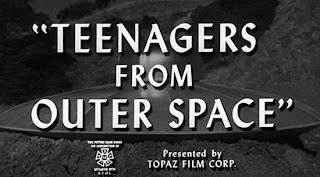 I don’t know if it feels monumental because he is now a teenager, or because I remember exactly what I was going through when I became one. Granted I was a girl and as we all well know, girls (and women) mature earlier (and more thoroughly) than boys (and men). But the day I turned 13, I had hormones pumping through my system faster and harder than water flows through my basement sump pump during a flash flood. When I turned 13, I didn’t dream of getting roller skates or my ears pierced. I dreamed of getting a hickey from Mark Hamill. Or Shawn Cassidy. Or Donny Osmond. Or all three. (Watch out for us preachers' kids.)

Luckily, I think those kinds of thoughts aren’t yet going through my 13-year-old’s head. I’m pretty sure I’d know if they were. He shares a room with his little brother. When he demands more privacy, I’ll know I’m in trouble. We do take all the teenage wasteland precautions...although he has an old computer in his room, we didn't hook it up to the internet. Certain cable channels are blocked (Chris didn't want me watching them either...but I figured out the code!) The only thing we finally caved on was that when he woke up this morning, we had finally created a Facebook page for him. Who did he friend first? Us. Then some relatives. Maybe he's just yanking our chain. Or maybe he's still pretty innocent after all.

Right now, thank God, it’s still seems to be all about baseball cards, iTunes, and Nickelodeon shows. Not so much Nick cartoons like Sponge Bob anymore. It’s mostly iCarly these days. Never heard of iCarly? It’s this show about this doofy sculptor who has has custody of his kid sister. She’s a super cute 15-year-old brunette. With a really cute blond best friend….Oh crap.
Posted by Suzanne at 11:23 PM